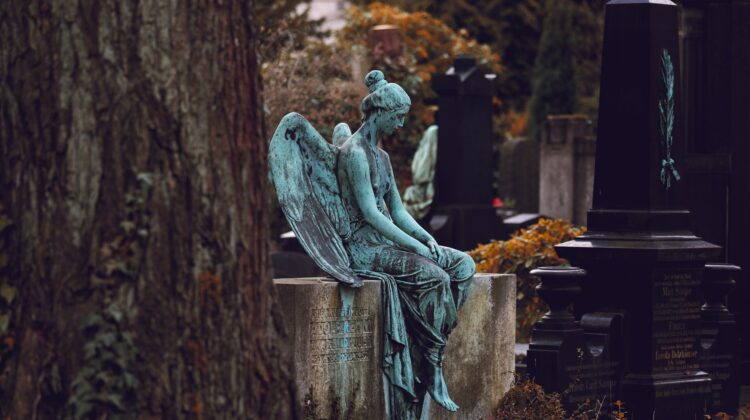 That’s (approximately) how many people who woke up this morning are going to die unexpectedly today. And tomorrow. And the day after that. I won’t get into the math in detail, but it’s about 10% of the total number of people who die each day. Nine in ten of those people reasonably expect it. They know it’s coming. But for 16,020, it’s going to sneak up on them.

Not everything I write on this blog is going to be morbid or maudlin. Today is just a day that does that to me. When you lose someone close to you, especially someone younger, completely unexpectedly, you end up wondering about things that may never have entered into your mind before.

What if I’m one of those 16,020 today? What if, like my sister, I woke up today feeling fine, optimistic, full of hope? What if I have plans and goals and dreams, but I’m not just “finishing up the backstory in the novel of my life, going through that transition where you see the protagonist finally seize agency”? What if I’m on the last page? In the last sentence? What if it ends like this?

What’s the story so far? Is it one I’m proud of?

She asked me once, just before my 27th birthday, whether I was where I thought I would be by the time I turned 27. She had just turned 25 a few weeks prior. I had to answer with a question, though, because it makes a big difference:

Where I thought I would be when I was what age?

Seven-year-old me probably thought I would be exploring space, bumping elbows with aliens, if I’d even been able to imagine 27, and if aliens even have elbows. That kid would probably have been pretty disappointed in my 27-year-old life.

But 26-year-old me? Suitably impressed. Twenty-six-year-old me understood what 8-to-25-year-old me had time to learn about my life, and how daunting and overwhelming it felt a lot of the time to try to overcome it. And honestly? Looking back at 26-year-old me now? I was actually pretty naive then too!

While there’s some degree of value in meditating on how I’ve lived up to my own expectations, I think sitting in that misses the point:

Am I treating my body and mind with the respect and care they deserve? Am I investing my time, however much of it I have left, in things that are important to me? Am I loving the people I love without hesitation and without restraint, but with humility and openness? Do I face my mistakes with courage and repentance, and make plans not to repeat them?

If I’m going to die today, there really isn’t anything I can do about that. There’s really only one question, in that context, that I can do anything about:

Am I going to LIVE today?

Want me to email you?

Why am I going to spend hundreds of hours over the next several years reading, writing, and talking about weird little niche topics with a bunch of weirdos enthusiasts who only occasionally have anything in common with each other besides having taken the radical step of choosing to live their OWN lives instead of anyone else’s dream for them?

Welcome to the very bottom of my site! Not all that many people make it down here. You must be a real fan!

Or maybe you’re lost? There’s a menu bar back up at the top? It should point you…places.